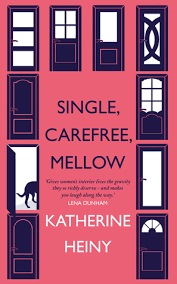 Having been declared a ‘prodigy’ following her first publication in the New Yorker (1992), Heiny has finally delivered her long-awaited debut collection ‘Single, Carefree, Mellow.’ This collection is populated by middle class New York women, most of whom are striving for success in their lovers’ beds rather than in their work. The majority have embarked END_OF_DOCUMENT_TOKEN_TO_BE_REPLACED