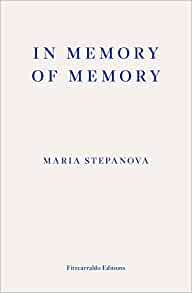 Maria Stepanova has been a popular and prolific poet, essayist and journalist in Russia for many years, but 2021 was the year her work was brought to the English-speaking world. In Memory of Memory is one of three books published in translation this year; a poetry collection War of the Beasts and the Animals (Bloodaxe) and The Voice Over, a collection of poems and essays (Columbia University Press). 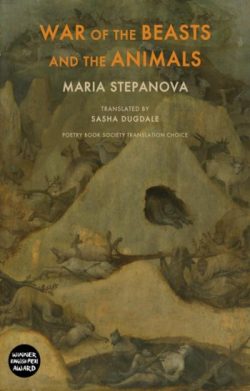 The collection opens with two long poems; ‘Spolia’ and ‘War of the Beasts and the Animals’. Similar in form, they are both chaotic and deeply layered. In both poems, Stepanova sifts through language, culture and identity in an attempt to make sense of them all. She reaches no conclusions, but something fascinating is revealed in the attempt. In her poetry, Russia is a country torn apart and remade line by line, a patchwork of truth, myth and dogma stitched together with shreds of memory.