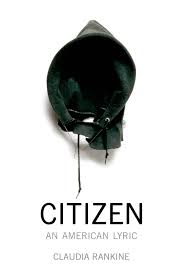 In a way that sounds obtuse and slightly absurd, I felt unworthy of reviewing this collection upon my first reading. A young Scottish white man forming opinions on the effectiveness of a middle-aged Jamaican-American black woman’s writings on racism (with descants of sexism interwoven) seems like asking a life-long city dweller for feedback on a pastoral watercolour. But since one of the tenets of good art is to convey the creator’s emotions and experiences to a recipient, it could, alternatively, be presented as the ultimate test of this collection’s potency.

A second difficulty in reviewing CITIZEN: An American Lyric, to credit its full title, is that its presentation strays far from that of a conventional compilation. The poems – and “poems” is an ill-fitting term in itself – are divided into seven chapters of varying lengths, demarcated by minute Roman numerals floating on otherwise blank pages. However, even these markers are sometimes absent and it is left ambiguous elsewhere as to where one “piece” ends and another begins. Is it the paragraph break? The page break? Or simply whenever there is a distinct change of subject or style? Even the illustrations, photographs and YouTube screen-grabs perforating the words on some pages do not symbolise a universal form of break. Some reflect upon the surrounding text, while others are separate aspects altogether; the effect of this intermingling becomes strikingly apparent early enough.

Rankine fills the opening “I” with anecdotal prose verses, depicting day-to-day instances of racism and the impact these myriad instances have as they build (“And as light as the rain seems, it still rains down on you.”). “II” is a poetic essay focusing on Serena Williams, and her alarmingly frequent encounters with racial hostility in the supposedly genteel world of tennis, simultaneously framing her plight in the context of a white YouTube vlogger who “advises black artists to cultivate ‘an angry nigger exterior’ ”. “III” returns to the everyday moments that define Rankine’s black existence. She is mistaken for another black colleague at work – “[T]he apology note appears referring to ‘our mistake’. Apparently your own invisibility is the real problem causing her confusion.” Her very being takes a manager by surprise – “I didn’t know you were black! / I didn’t mean to say that, he then says. / Aloud, you say. / What? he asks. / You didn’t mean to say that aloud.” An estate agent remarks how “comfortable” she feels around Rankine and her friend; neither “bothers to ask who is making her feel uncomfortable.”

The remaining four chapters continue to merge and leap between styles, page by page – some short stark lines graze the tops of largely empty whitespace; some long paragraphs pack dense metaphors and figurative ruminations (“each body is a strange beach, and if you let in the excess emotion you will recall the Atlantic Ocean breaking on our heads”). A series of case studies in “VI”, for want of a better term, highlights events from the wider world in which the subjects’ race is key, from Hurricane Katrina to Trayvon Martin to Zinedine Zidane. All reveal some new facet of ethnic oppression, discrimination, prejudice or stereotype. And all the while, one constant presence in all chapters is the incredulous questions to the reader: “Who said that? She said what? What did he just do? Did she really just say that?” (from “IV”).

As for my own queries on being a “worthy” reviewer? They were answered by a striking counter-query – nay, an accusation – posed in a section of “VI”, on the topic of the death of Mark Duggan in the summer of 2011, and the subsequent violence on the streets of Britain:

How difficult is it for one body to feel the injustice wheeled at another? Are the tensions, the recognitions, the disappointments, and the failures that exploded in the riots too foreign?

Read “In line at the drugstore” from Citizen: An American Lyric.