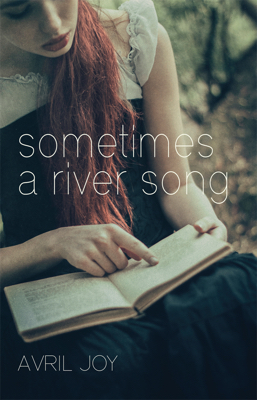 Somerset-born Avril Joy has chosen Depression-era Arkansas as a setting for this her second novel. Joy’s previous work includes the 2007 novel, The Sweet Track, and several short stories, some of which have been shortlisted for awards such as the Bridport and the Raymond Carver Short Story prize. She won the inaugural Costa Short Story Award in 2012.

The novel tells the story of Aiyana, a poor white girl whose family lives on a river boat. Times are hard, but they manage to scrape a living from the various industries up and down the river. Her father, Floyd, terrorises his sons and violently abuses his wife and two daughters. Most of the narrative is undertaken by Aiyana, whose health has suffered since her near drowning in the river as a baby. Although she is unable to read and write (having been denied the opportunity to go to school with her brothers and sister), Aiyana’s voice is convincing and compelling. She is knowledgeable and sensitive to the seasonal changes that affect the landscape and wildlife of the river. Here Joy creates parallel worlds of hardship and misery against the beauty of the natural environment. Aiyana is constantly scapegoated by her father, who abuses her; her brother tries to protect her and makes plans for them to run away to safety and a new life. Aiyana’s only other ally is her maternal grandmother, a Native American, who uses shamanistic charms and rituals to keep Aiyana safe; yet these are seldom successful.  Grandmother is old and she knows that her power is waning.

Aiyana’s thirst for learning leads her to attempts to persuade various other characters to teach her to read. She understands that education is the only way she can transcend what appears to be her lot in life: to be bullied and crushed by her abusive father and Silas, the stranger who is brought to live with the family. When Aiyana is given to Silas, she expects to be beaten and abused by him. However, Silas has a mysterious past which keeps him silent and withdrawn from everyone, especially Aiyana. The novel hints that he is suffering but only gradually reveals his story, told in alternate chapters to Aiyana’s. If Silas’ story unfolds rather late in the novel, Joy is justified in withholding this background   as it feeds into the narrative development of Aiyana’s maturing character.

The author has exhaustively researched this period in American history: the subtle gradations of race and class distinctions and discrimination; the poverty and desolation of the dustbowl era; the lynchings and terrorisation of the black community by the Ku Klux Klan; the exodus and migration of the farming communities and the reaction of Federal authorities to the refugees. As regards the latter, and given the current refugee crisis in Europe, the novel takes on a contemporary topicality and relevance; refugees need not always come from another country and legitimate citizens cannot always expect a welcome.

Above all, the power in the novel comes from its use of language. Joy has convincingly caught the diction of the poor whites at that time and uses it in Aiyana’s narration so effectively that the reader feels almost at one with her.

I am up before the sun. Mist lie like frost on the water. Smoke-river, snake-river, river of cloud and breath, wear the dawn like a mask. I hear the wood duck calling, watch the swan come and dip her feather neck, see the doe and fawn drink at the water’s edge. The river be life to all and soon its path be my path and its water quench my thirst.

This skilful rendering of Aiyana’s voice allows the reader to see that despite her lack of education, she is a person of  intelligence and insight. In Sometimes a River Song, Avril Joy has produced a work of haunting beauty that celebrates the courage and resilience of the human spirit.