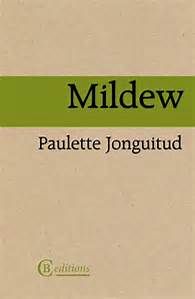 With 24 hours to go until her daughter Agustina’s wedding, Constanza finds a spot of mildew like substance on her inner thigh. She does an internet search to try and discover what it is and the apparent normality of this reaction belies the truth of the mildew, which, like many aspects of this novel, may or may not be symbolic:

Then I found the picture of the boy covered in scales. He looked as if he had been submerged in mud and then put out in the sun to dry, and through the mud that had cracked I could see the lines of healthy skin. My feet felt cold. The freak was looking directly at me: a goblin, a baby dragon, long eyes, hair sticking out at the back of his head, face covered in earthy scales. Scales. Green. Like my spot. Like me. Had his transformation begun slowly, like mine?

She cuts at the spot which simply makes it grow larger and recalls how she had designed costumes for a recent production of Macbeth: “all the bad omens came to my mind and for a moment I convinced myself that I had been struck by a curse. Out, damned spot! Out I say!”, a remark that takes on prescience as the novel unfolds.

In this short novel with a huge scope, Jonguitud manages to portray an astonishing and full picture of theatre costume designer Constanza’s life. She and her brother Tavo are the youngest of nine children, often left to fend for themselves; “ when my father got sick we soon became a nuisance, like old furniture that always gets in the way.”  From boarding school, where she has an intense encounter with the works of the fantastical painter Hieronymus Bosch , to a life in theatre, memories from Constanza’s own, her siblings, and her children and nieces’ early lives are interwoven with the present as the mildew grows and begins to take over her body.

What we know for sure is that Constanza is estranged from her husband Felipe after his affair with her niece, also named Constanza. Niece Constanza was brought up from an early age with older Constanza’s sons Leonel and Agustina, and throughout the book Constanza the aunt mourns the loss of her niece, who was in some ways also her daughter. On the surface this is a novel about a woman dealing with the terrible betrayal of her husband and adult niece’s affair. Husband Felipe says that:

she sent him silent kisses across the room when I was not looking. He said she smiled to him. He confessed he had asked her to dye her hair red like mine and she had done it. He said that he knew he was old but she had made him feel alive, wanted.

But it is also revealed that the younger Constanza “thought I’ll fuck you up, old man. I’ll make a fool of you.”

However, this is a book with a great darkness at its heart, and while some of the magical realist elements have you doubting what is and what isn’t, there are terrible events that, once revealed, give the reader the urge to re-read this multi- layered book.

It is impressive how much resonance this short novel has, a testament to the skill of Jongutuid, who also translated this, her first novel, into English from its original Spanish. It is a book where ghosts are real and where each page reveals another part of what sometimes seems like a puzzle until the dramatic events at its heart are revealed. Jongutuid is a skilful writer, and despite the shifts between memory and present day, real and magical, this is a quick and delightful read which is lucky as, like me, you will probably want to re-read it after the final revelations.