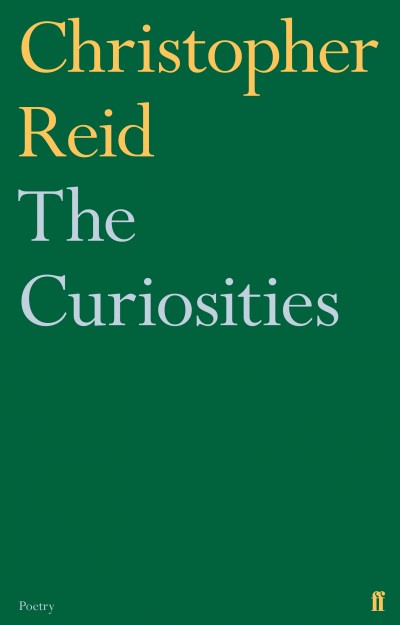 Frequently, though neither exclusively nor always explicitly, the poems are priapic, written from a male narrator’s perspective with Reid as the cheeky ventriloquist.  In “The Chocolate”, an academic narrator sets out to articulate “a comprehensive erotics of chocolate”:

But first, why don’t you close your eyes,
part your lips, and let me pop a square
that’s already starting to melt between my fingers,
on to your moist and acquiescent tongue?

Reid is masterful at taking you from an innocent starting point and, before you know it, twisting you into a compromising position.  “The Catapult”, for example, opens in a shop with the assistant showing a man a catapult that’s for sale.  Four lines in, the catapult is described as female in form and the description continues with her breasts, parted legs, the missing “projectile-twanging leather” until:

Between the legs: smooth wood.
That’s where the hunter’s thumb
must have rested. He wanted
to touch, too, but couldn’t –
not with the assistant waiting
for him to decide.

Now and again, there’s a deflation to some of the poems which almost keeps the collection this side of offensive. “The Calabash”, for example, takes a wry look at the moment of creation when Man asks God for a mate formed from one of those long, shapely gourds. However, he is disappointed with the result:

‘Take it or leave it,’ God said. Man remained
undecided, and Woman, too, had her proliferating
doubts.

On the other hand, there are poems such as “The Craving” which are particularly difficult to swallow.  This poem is about a friend who wants “to bed a schoolgirl”.  He responds to an ad in a phone-booth and, inevitably, he turns up to find she is no teenager. However, the poem ends, “What did he learn, then,/from an experience so sordid? Not much. And the itch/is still there, which he’ll have to satisfy some day”. Ugh.

Reid also ranges around mythology, pop culture, influential poets, sheila-na-gigs, and Cyborgs.  In all the poems, there’s the same cold, detached distance of the voice of the ventriloquist behind the protagonist – even in “The Conceit”, written in cod 16th century Olde English about an immodest codpiece and its female equivalent; and “The Cowhand”, written in cowboy-speak, in which Miss Eunice gets the better of the cowhand who’s trying to kiss her.

There is humour, tenderness, irony and poignancy in amongst all the ogling but it’s the “delinquent need of the masculine mind” which characterises this wicked collection. And how Reid knows it.