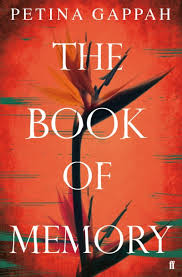 Petina Gappah’s The Book of Memory is a startlingly vivid and rich narrative recounting the story of Zimbabwean death row inmate Memory, or Mnemosyne. Through meticulously interweaving and patching a gamut of memories together to form a story, Gappah’s debut novel simultaneously evokes feelings of intrigue, pathos, wonder and hope. The early isolation of Memory informs the plot and drives it forward. An albino with a skin condition, Memory stands out like a sore thumb in her childhood home Mufakose, a small township where she lives with her parents and siblings. The non-linear plot allows her story to unfold and, through Memory’s only pastime (writing a journal in her prison cell), we look back at her childhood and the events of her life, all the time with the understanding that her fate is inevitable. “I write this in the shadow of the gallows.”, Memory explains, “So I reflect on my life, to rework the events that brought me here, to rearrange and reimagine them in an endless cycle of what-ifs.’

The Book of Memory explores a range of themes. Memory’s isolation is certainly pivotal to the plot and from this isolation stems her status as an outsider: “And I was a black child who was only black on the inside.”  Entrapped in her Albino skin, Memory’s desire to fit into society is only met when she is sold to Lloyd, who becomes her adoptive father. Forced to say goodbye to her childhood home, Memory moves to the affluent Summer Madness to begin a new life with Lloyd. Here, a series of events lead to her imprisonment but, whilst she is physically imprisoned and blighted by the corruption of the present Zimbabwean government, Memory’s story manages to slip through the bars that entrap her and reach out to explore a world with endless possibilities. Rich shades of Africa are described through vivid characters and settings. Through her ability to depict a lifelike narrator, Gappah’s Memory speaks to her readers with a clear understanding of the human condition. This novel does not just tell the story of a death-row inmate; it is a book of life, a wonderful journey spanning through the triumphs and turmoil of an individual who is trapped by her own fate from the very first page of the novel.

Core issues such as the inequalities between blacks and whites are explored. The political unrest in the country injects itself into the daily lives of the prisoners. With every event that passes, politics forms the backdrop to this novel, and whilst rarely at the forefront of the narrative, the reader is constantly reminded of the corrupt and unequal world which Memory inhabits. Her poor treatment in the prison system, coupled with her isolation as an Albino black, interweaves the political with Memory’s personal story. She cannot control her fate, nor can she control many aspects of her life and, once imprisoned, the only control that she has lies within the inked pages of her journals. This novel is every bit as much about a lack of control in a world of turmoil as it is about Memory’s life. She poignantly asks toward the end of the novel: “All these questions but they are all really one. How do you begin again? How do I begin again?”

Vivid, rich and poignant, The Book of Memory is an essential read. It explores what it means to be human and concludes that we are often not in control of our own lives but are dictated to by the external forces that surround us. But in the end, through looking at our own stories, or more specifically, our own memories, we might be able to patch together the fragmented shards of our lives to form a reflection where ultimately we can understand who we are.