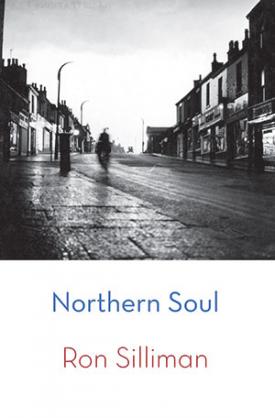 Ron Silliman is an American poet with a distinctive voice and an extensive publishing history in poetry. Taken as a whole, however, his is a relatively meagre canon; he views his work as essentially consisting of several long poems spread over a large number of collections stemming back to the 1970s but which should be viewed as part of a larger whole. Many words, but relatively few poems.

Thus Northern Soul is the second in what he hopes will be a 360-poem cycle entitled Universe. His current rate of progress puts the completion of the work some centuries into the future, but every poet needs to set themselves targets. Northern Soul isn’t so much a “collection” as an unfinished fragment; the poem contained within its covers is formally consistent – over its 70 page length – with short lines of 4-5 words, no breaks or sections, nor any pauses for breath.

It’s a daunting read, but ultimately an enjoyable one: a travelogue of sorts, starting in Bury (a northern town famous for its black puddings) but journeying back and forth across the Atlantic to various locations – New Jersey, Manchester, Delaware and many other places – both recognisable and mysterious. The one location which stands out, however, is the nameless dreamlike existence of Silliman’s imagination, something which he acknowledges early on, describing how it is

There are many such instances of the blurring of the dream and the real, serving to darken the work and to convey a sense of panic as the poem and its author hurtle along, out of control. The darkness is tempered, however, with nuggets of wit on every page. I particularly enjoyed his musing on

A daddy-long-legs bright orange
in the grass, those tiny
purple flowers so much larger
than he (how not
to assign gender)[,]

Page 43
you will read
differently if
there are 94 to the book
than if there are just
What about
523 what then[.]

In parts, Silliman steps out of his flow, almost, to reflect on his poetic technique. This is a curious trick; although not entirely out of place given the monumental ambitions of the project, in the face of which most poets would question their worth. For example, on p.17

what I’m after
here is a tone
that is not
the vibration of phonemes
set into motion
but an emotion[,]

What occurs in the line
is itself prose
tho the line is not
How do I know
what I meant by that[?]

On p.41 Silliman again questions his own technique

Nobody gets
(me least of all)
the secrets
of the linebreak

and maybe even, in one of his dozens of references to birds he recognises the limitations of the form he has adopted

That one bird with
the same five-note song
over and over [.]

The sense of a work that can only ever be unfinished is evident towards the end, as the poet feels the pressure of age

what visit
will be my last
to survive is
to sneak past
all the traps [.]

Ultimately, the challenge of keeping pace with the headlong rush of Silliman’s style was too difficult for me; I yearned for the ebb and flow of narrative, the variations in tone and form which a more traditional assembly of poems brings. The fault is mine, however. Silliman’s triumph here is to show less what a poem should be and more what it can be.