The Fine Art course at Duncan of Jordanstone allows its artists creative freedom and the opportunity to work in an array of different mediums. Never is this more evident than in the annual Degree Show, where experimentation is on display and pushed to the limit. 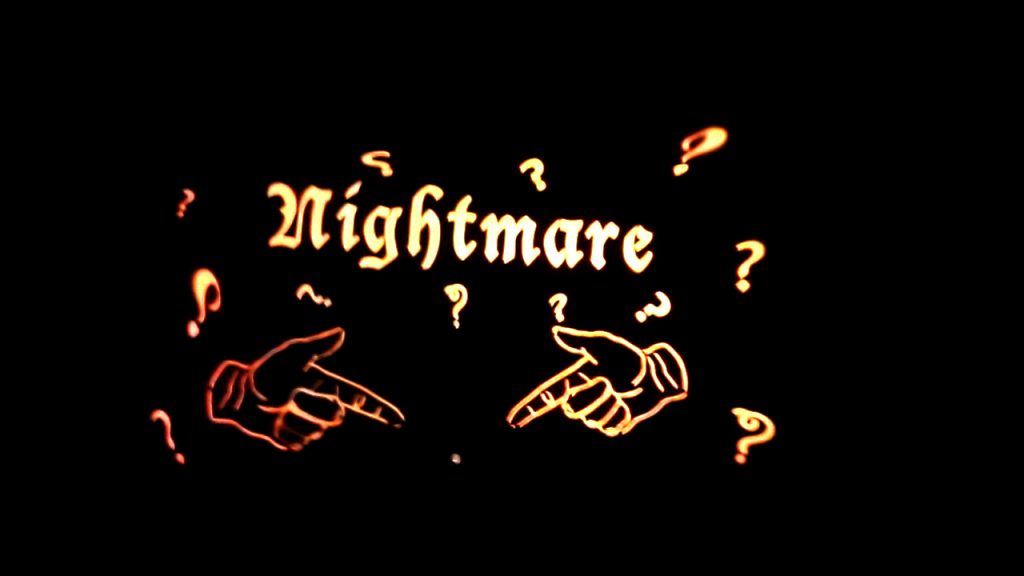 Upon entering an almost pitch-black studio near the stairwell on the sixth floor, one is instantly struck by a feeling of primal fear. Ruraidh Lever-Hogg’s work deals with the theme of phobias. The artist is deaf and has highly visual responses to emotional situations, creating disturbingly uncanny experiences in his installation. Passing through the black material sectioning off a dark square of the room, a coffin in the middle of the floor with a body crumpled inside, a giant spider dangling from the wall and a ventriloquist dummy watching from a pedestal greet the viewer. In addition, a disturbing video of an anonymous figure running lost through woods plays in one corner. It is clear that Lever-Hogg has mastered several techniques in order to bring this installation to fruition successfully. Paintings and photographs of varying nightmares hang on the opposite wall, all equally effective at provoking chilling terror.

Further down the corridor and into the brightness of another studio, Rowan Rosie’s work fills the 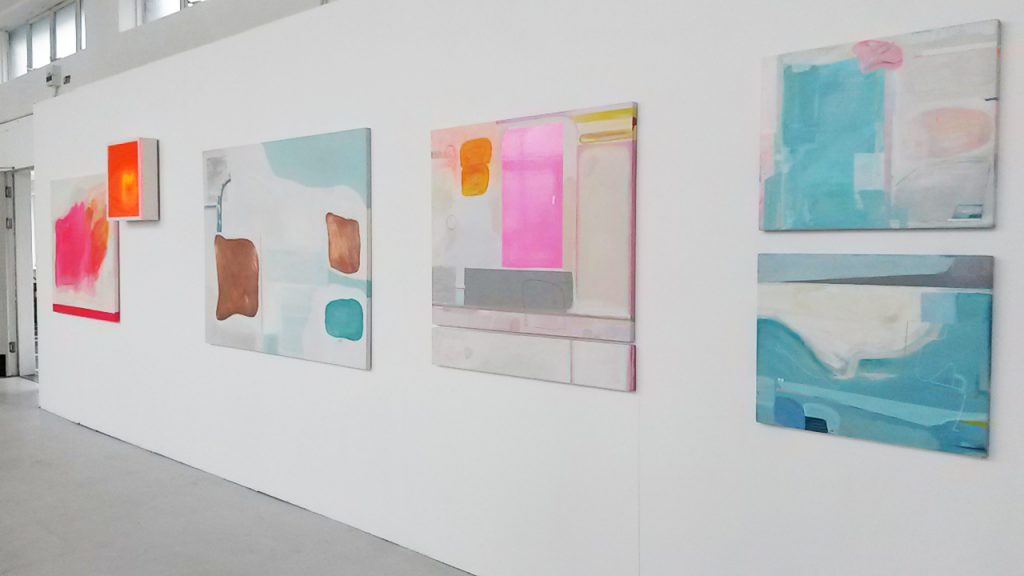 feature wall. Rosie aims to guide the viewer on a journey of balance, light and colour. The paintings are giant and abstract, and presented adjacent to one another; this is undertaken as an eclectic mixed media frenzy with bright modern synthetic colours. Neon pinks mix with fantastic tangerine; coppers mix with sea-green. A lone neon orange light box sets off the whole composition, pulling the paintings together in a fiery glow. 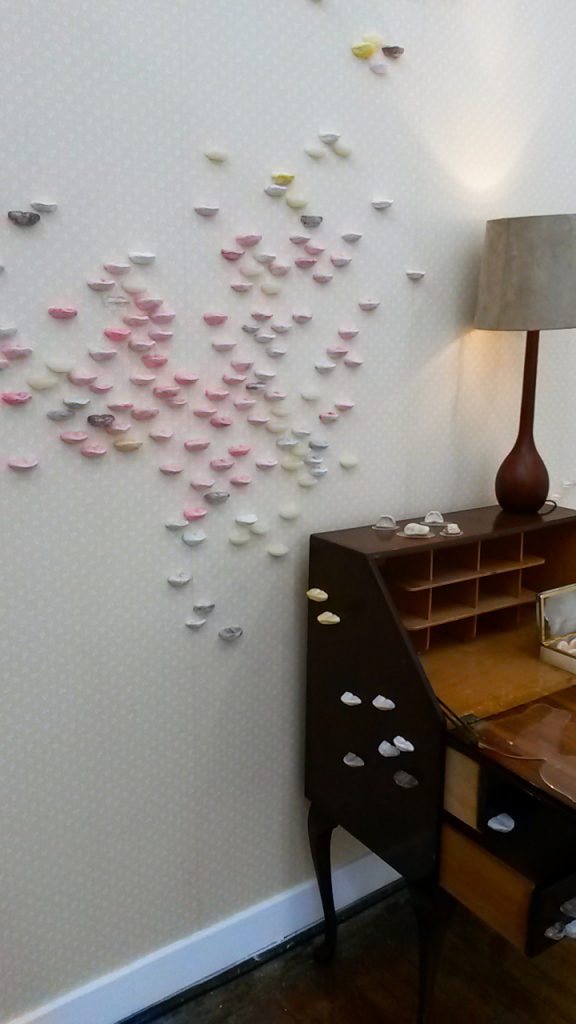 In the next studio, in what looks like a cross-section of a living-room or study, the exhibition draws you in. Casts of tongues poke out from the wallpaper and fake pools of saliva drip down onto the floor creating a surreal environment. Sandra Schneider’s work deals with the concept of language. Alternating between English, German and Finnish, a soundtrack plays a female voice from two speakers: “The foam that forms between my lips as I speak this stolen language”. The sounds of saliva and tongue movement creates a somewhat sexual undertone, both unnerving and grating. The struggles and changes in the artist’s tone of voice evoke a sense of uneasiness as the listener consciously becomes aware of their own mouth, tongue and the words they produce. 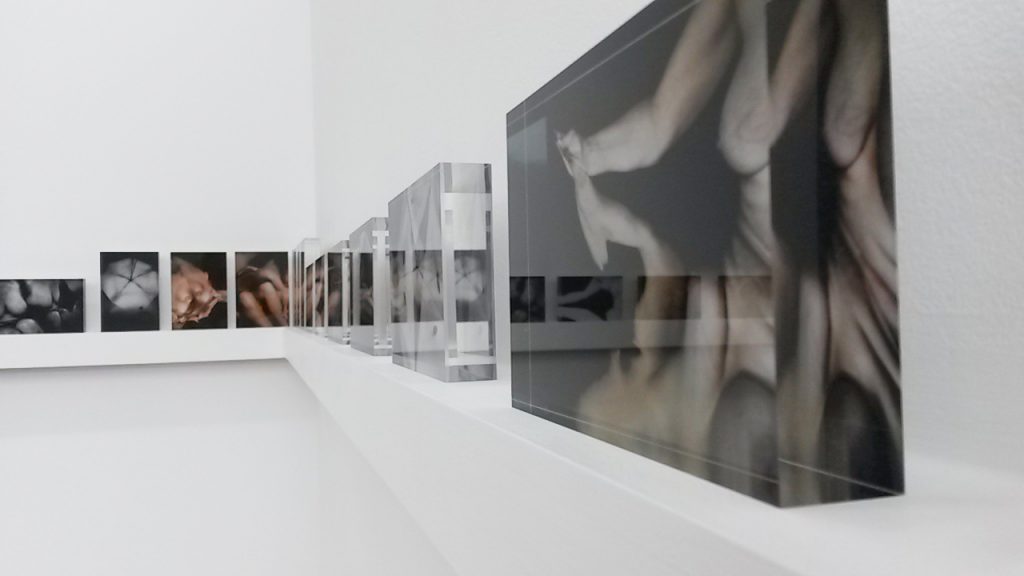 her rare medical condition, Dextrocardia, which causes the heart to form on the right hand side of the body instead of the left. She uses this ‘mirror image’ concept to explore ways of distorting photography to highlight “defects” of the human body. Using cleverly built structures of acetate, wood and acrylic, she takes her photographs of already distorted flesh and bodies to a heightened level – the mirrors and acetate twist and stretch the images. The viewer engages with the artwork by physically moving around the space, their own and perceptions altered by the reflections. 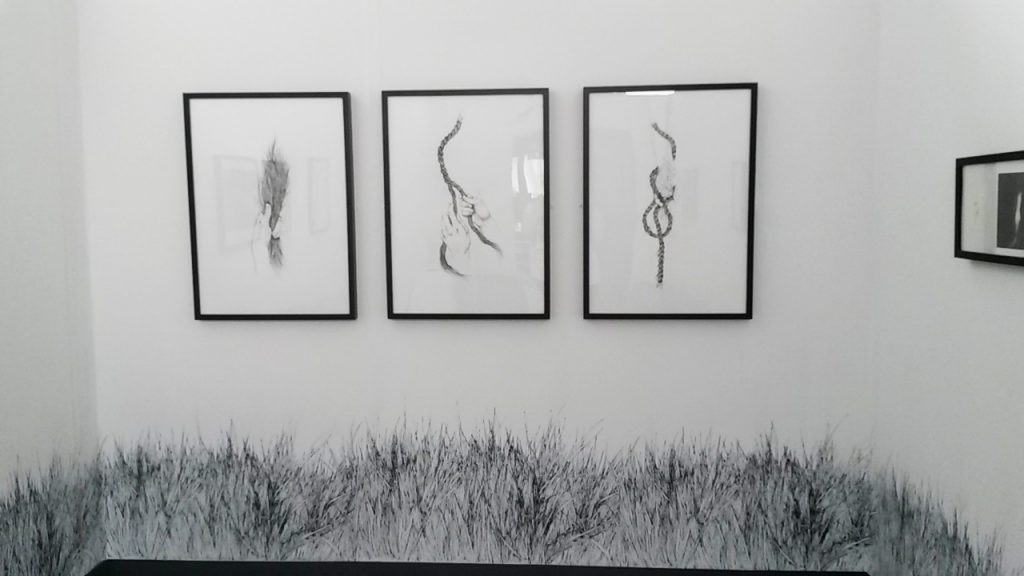 Another artist who experiments with the contrast of high detail and minimalism is Alison Orr. Celtic mythology and the theme of links between two worlds informs the displays: stepping into her installation space feels like stepping back in time. The first piece is a sculptural length of rope made from entwining grass, a craft resurrected from a long forgotten age. Delicate, intricate black and white drawings fill the rest of the space showing the process of grass weaving. Illustrations of grass along the bottom of the wall provide complete immersion in the space.

The works mentioned here are only some of those from Level 6 of the Crawford building; yet all are testament to how traditional mediums like painting and photography can be pushed to new heights through creative experimentation.