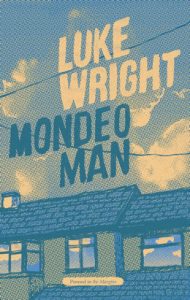 Luke Wright’s career as a poet has emphasised the indelible connection between writing and performance. Wright has been performing his poetry since he was 17 but it wasn’t until 2000 that he really explored poetry’s potential in the artistic community, co-founding Aisle16 with Ross Sutherland. Aisle16 mostly features Wright and Sutherland’s own work, alongside those of other contemporary poets, instrumental in the kickstarting of his poetry career. This fine venture produced three poetry/theatre shows which utilised video and film: Powerpoint (2004), Poetry Boyband (2005) and Aisle16’s Services To Poetry (2006).

The popularity of Aisle16 and Wright’s work rose exponentially during these formative years to the extent that the final show, Aisle16’s Services To Poetry was commissioned by Candida Lycett Green to commemorate the centenary of her father, John Betjamin’s birth. The first performance of Aisle16’s Services to Poetry was staged at the Edinburgh Fringe Festival; its venue was the first venue to be dedicated to poetry in the Festival’s sixty years. The collective has since returned to the Fringe to perform, but as of 2006 Wright has focused predominantly on his solo stage acts and his published poetry collections, which have appeared roughly at two year intervals.

Mondeo Man is Wright’s most recent and first full poetry collection spanning quick wit and oddly-nostalgic classroom humour (“Jeremy, Who Drew Penises On Everything”). The most striking element of Mondeo Man is its resemblance to the children’s poetry classic Please Mrs Butler by Allan Ahlberg. Wright’s poems have a laugh-out-loud humour and quite often incite the desire to paraphrase the poems’ stories. Inevitably, they lead me to read them aloud, and even perform them in different voices to convey the story and humour adequately.

However, alongside this playful perspective is Wright’s penchant for ‘cynical ballads’, the title of his 2011 performance; a personal favourite of mine was one of the few ballads to feature in Mondeo Man, “The Ballad of Mr & Mrs P Cartwright”. At first all is well in Little Harpington; but when retirement finally hits the Cartwrights realise that they’ve accidentally raised self-absorbed children:

Mere weeks into their reverie
Jemima came to call:
Enjoy your golden handshake Dad,
but just don’t spend it all.
D’you know, when this place is mine
I might take down that wall[.]

The Cartwright’s retirement, which is discounted as a “reverie” mirrors their brattish children’s assumptions that they are old, deluded, and out of touch. Having reached a time in their lives when Mr and Mrs Cartwright might be expected to enjoy ample time and pension money, the children see them as comatosed bodies to be hovered over waiting for death and inheritance. In order to ensure that their kids “get none”, the Cartwrights scheme relentlessly to waste their money in increasingly ridiculous ways:

Yes! Let’s go trekking in the Andes!
Shall we get a boat?
I could run for parliament.
I doubt I’ll get the votes
but I hear the PR’s very dear –
so let’s least get a quote?

The titular poem of the collection, “Mondeo Man”, is at the collection’s centre. As a modern day’s Superman, Mondeo Man isn’t a manifestation of near-impossible aspirations of the American dreamer as such, but the attainable lifestyle of middle-class comfort. Embedded amongst the folklore-like snippets of sleazy politicians, drunk commuters, failed marriages, missed opportunities, and the increasing influence that the televised world and social media outlets have on our daily lives, “Mondeo Man” is indeed at the heart of the collection. The Mondeo Man is the modern day hero because rather than performing amazing feats of physical strength or being a bastion of justice, he is distinctly average, and a reminder that originality cannot be attained simply by trying to be the antithesis of the norm:

You can’t just be what other people aren’t.
You can’t plot your life like a misery memoir