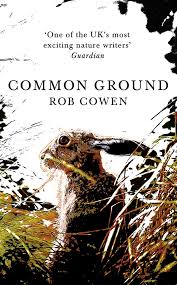 “This little patch of ground was exactly that: common. And all the richer for it.”

In a sense, this sentence summarises both the strengths and weaknesses of Common Ground. In particular, pragmatic people are likely to ask: “If it is so common, what warrants writing so extensively about it?” From a reductive perspective, one might say that Common Ground is valuable as documentary because its author is a renowned journalist. This would be a mistake because Cowen attempts to search for greater meaning in the mundane. But how successful he is at this depends on how one approaches the text. In terms of “nature writing”, Common Ground falls somewhat short because of statements such as: “But even as I traced that final line I knew that all my attempts at fixity were an illusion.” Preserving a specific aspect of nature for eternity is impossible because nature is always in flux. In this sense, Cowen is stating the obvious. Moreover, we are given a representation of fixity in the form of Cowen’s drawing. He may not have captured his surroundings objectively, but we are given a fair insight into his perception of it.

From a poetic point of view, Cowen is hit-and-miss. Stylistic devices such as alliteration are considered poetic because they are euphonious, but depending on the context they can become redundant, such as “high-hedged heart.” To put this in context, Cowen establishes that the hedges are high and encircling several sentences earlier, thus making the alliteration tautological. On the flip-side of this, we have sentences such as: “A seam of silver birch here, a shock of wildflowers there – dimly remembered dreams glimpsed from passing cars and trains.” This also contains alliteration, but its advantage is that it does not re-state facts, and creates an atmospheric aesthetic effect.

In terms of “nature-writing”, Common Ground could be more successful. However, it would be fallacious to limit Cowen’s memoir to a single category. Indeed, one might want to forego the category of “nature-writing” entirely. Arguably, the focal point is not environmental but anthropocentric, despite the extensive natural imagery. This is because each chapter takes an animal (with the exception of nettles in chapter seven) as its Leitmotif, while the autobiographical elements are the overarching leitmotif that binds all the facets together. The result is a pleasing combination of snapshots, each exploring a facet of Cowen’s life. Thus in chapter one, the fox is a stand-in for the mysteries of nature, and the mayfly in chapter five works as a memento mori of the ephemeral nature of organisms. This combination of crossroads, changes mortality is summarised as unpredictability in the final chapter, which focuses on (culling) badgers. Although we may consider ourselves safe in our den, a stronger force or freak accident may destroy all that we hold dear. In Cowen’s case, this is manifested as his wife’s near-death during childbirth.

This brings us back to the initial question of “fixity is an illusion.” One might accuse Common Ground of trying to be an alarmist stance advocating a “return to nature”; one might claim that it is trying too hard to be poetic or insightful – or one might take it at face value, and appreciate the extensiveness of the microcosm of a north Yorkshire village. Perhaps its greatest success lies in how Cowen uses each chapter as a sounding-board in his attempt to catch the optimal resonance, all the better to communicate his experience of his homeland.