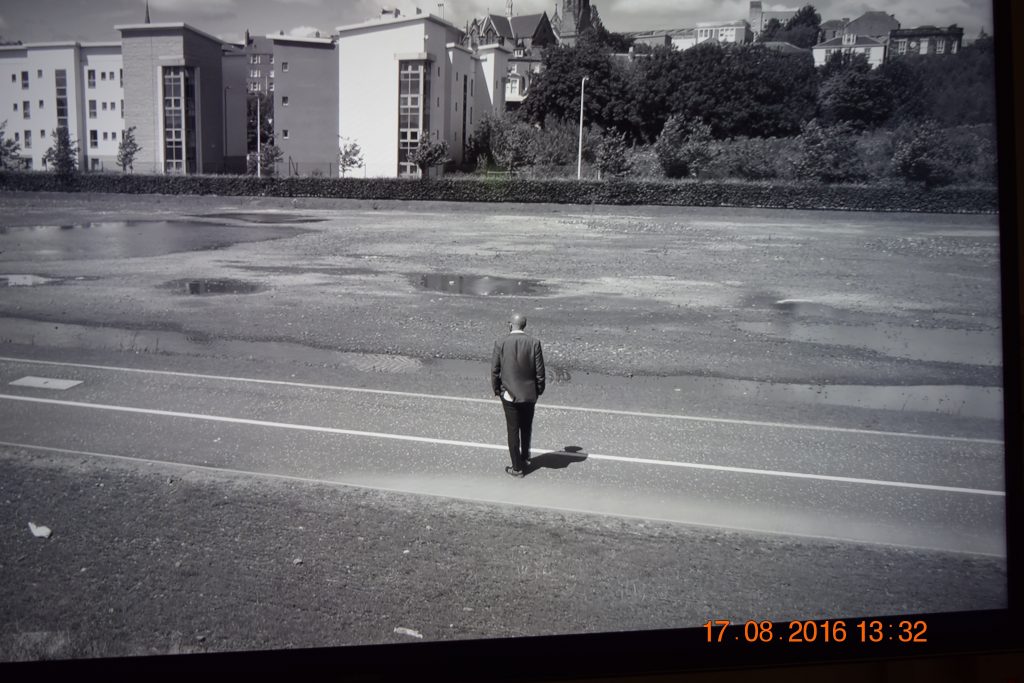 On show from the MFA Art, Society & Publics course this year are works displaying a great variety of artistic thought and skill, fostered by a course that encourages investigation, research and personal artistic freedom.

Inspired by films of Mike Leigh and John Cassavetes, the video works presented by artist Julian Joseph are far from traditional. The actors shown actually discuss real life memories and experiences in a strange but refreshing bid to reverse the narrative of already mapped out fictional characters; the actors find their own characters, within themselves, in preparation for a feature-length narrative film he has planned for 2017. Across the conversations, Joseph investigates the unique complexities of human relationships and inner self, shedding light upon the intensity of human beings which we fail to ponder most of the time.  The oscillation between the fictional nature of the medium (and intended final outcome) and real, raw content  adds a lot of depth to the videos and this insight into a directors experiment makes the videos feel as poignant and important as a complete film. 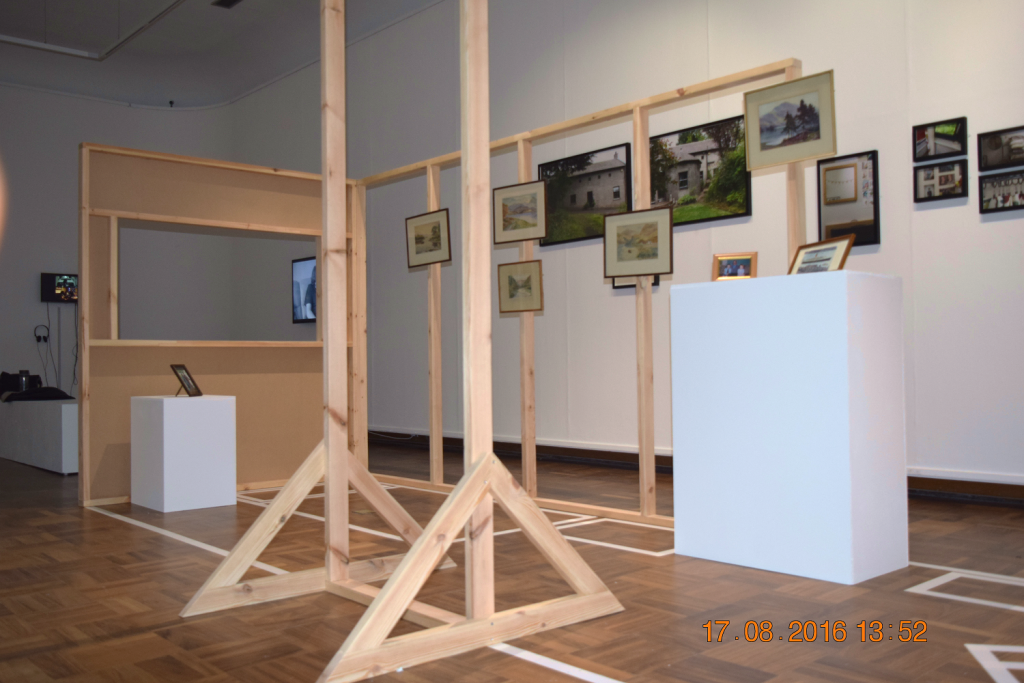 Artist Mhairi Anderson has chosen to focus on her experience with her late grandfather’s dementia. She has created a wooden frame representing his room, but most components are missing; only traces are left, marked down with white tape on the floor. The choice of a frame to characterise the room gives a symbolic materiality to the family’s feelings as the disease gradually takes over and, both physically and psychologically, lives start to go missing. The gradual loss is told within the frame also, with the placement of very few (very small) family pictures in juxtaposition with large landscape paintings. A sound piece informs us that her grandfather bought the landscapes and, as the disease escalated, began to live in them.  The sound piece is narrated by a family member that used to be the carer for the grandfather, and this coupled with the emotive installation surrounding the viewer, makes for a very harrowing experience of stepping into one family’s pain. 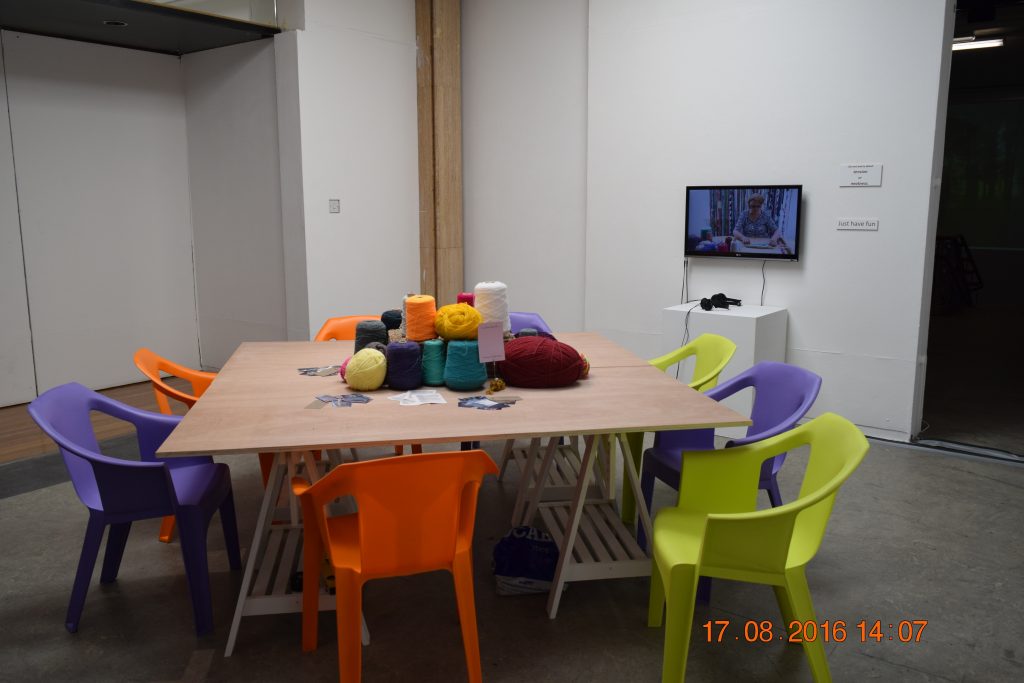 Artist Julie Fielding’s project centres on social activities and also harks back to memories, focussing on the concept of making a ”Den”, which she used to do as a childhood activity. Her project aims to engage the viewers in participating in the simple activity of finger knitting to create a den and, alongside that, a conversation. The installation represents a collection of various individuals’ experiences congregated spontaneously in a unity of an artwork to symbolise individual differences within a human gathering. 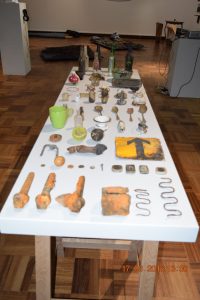 Frances Law’s practice as an artist has been shaped by history, archaeology and the natural environments of communities. For her final show she has chosen to represent a collection of objects found in the Coupar Burn waters in a clever attempt to dig into themes such as the relations between art and history, culture, and anthropology. The found pieces are presented neatly but randomly on two large tables like a mini museum, so that the viewer can get as close as they might wish to the story about culture and human progress that each one tells. Leaving a long trail of questions unanswered for them to add their own part of the story, the viewer connects with their life, past, and each other through their experience with the found objects as catalysts.

This was just a quick journey with a few of the MFA Art, Society and Publics course students this year, leaving many highly creative and interesting others still to be seen. Students this year have succeeded in representing a high standard of work that is both artistic and thought provoking.