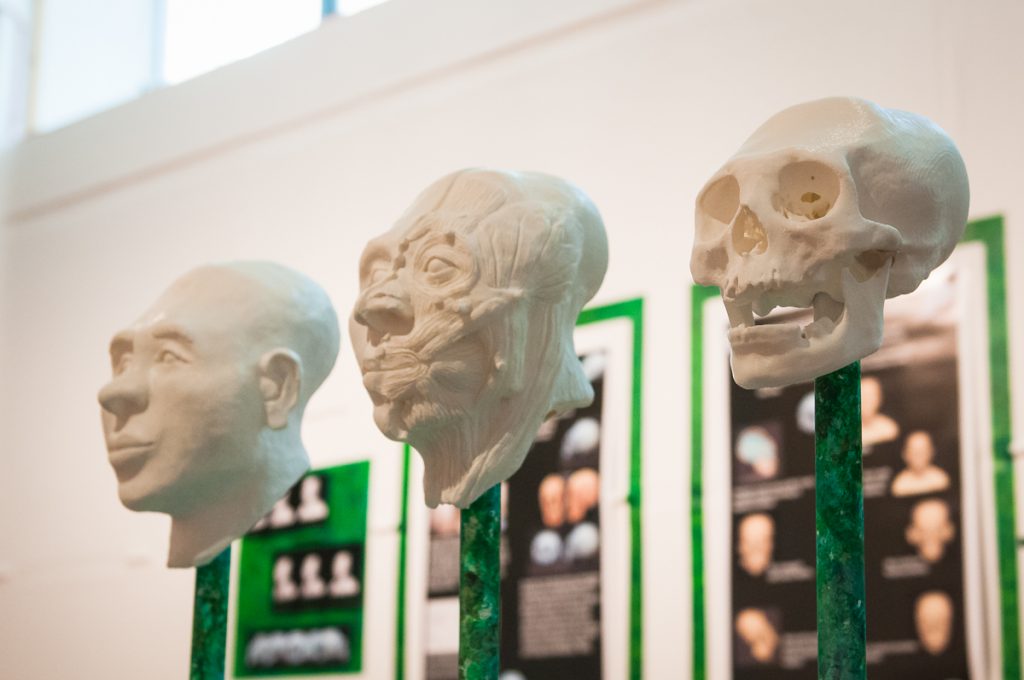 Science meets art in this fascinating display showcasing the work of Emma Price, Sarah Jaworski, Emily McCulloch, Alexandra Noelle Johnson, Crystal Symes and Mhairi Tavendale. A high level of technical, medical and artistic skill is required for this course, the only one of its kind in the world. 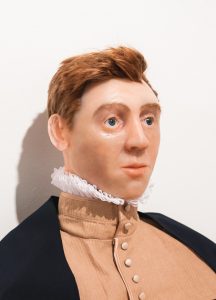 These are detective stories, and we begin with the mysterious case of Lord Darnley, Young Fool and Proud Tyrant, the project of artist Emma Price. Lord Darnley died in 1567 and two institutions claimed to have his skull in their possession – The Royal College of Surgeons in London and the University of Edinburgh. The two skulls, which we see placed side by side, were scanned and printed in 3D. A portrait of Darnley was then used to help identify his skull and a craniofacial reconstruction was carried out using cutting edge techniques. A lifelike bust, complete with hair and clothes, was crafted in silicone from a plaster mould. At last the mystery is solved – the true skull is confirmed to be the one kept by the Royal College of Surgeons. Without this artist’s groundbreaking work, we would never have known this vital piece of historical information 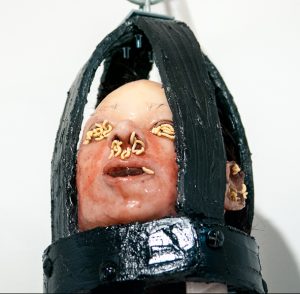 The Gibbeting of Jerry Abershaw by Sarah Jaworski is another fascinating story. Jerry Abershaw was a highwayman and murderer who shot two Bow Street Runners in 1795. After being executed his body was put in an iron cage and left to rot in a public place – he was gibbeted, the ultimate humiliation. Using a 3D reconstruction of his skull, Jaworski has brought Jerry Abershaw to life (and death!) for us, complete with gibbet and a gruesome finishing touch – maggots feasting on his rotting flesh. 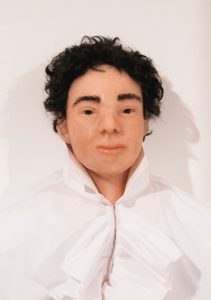 Emily McCulloch’s The Reconstruction of Pepe El Mallorquin shows the facial reconstruction and identification of Jose Rivas, better known as Pepe – a Spanish pirate captured by the British fleet near Cuba in 1822. His skull was borrowed from the University of Edinburgh Anatomy Museum and 3D scanning was used to digitally reconstruct it. Tissue depth data showed that Pepe was between 20 and 29 at the time of his death. Using state of the art 3D software, the facial muscles were then applied and stretched over the skull. Facial features were positioned using careful measurements and finally skin and hair were added. At last we can see what Pepe looked like, and a handsome chap he is too!

It was the task of Alexandra Noelle Johnson to reconstruct a highly unusual skull in her project called Observations of SK12. It belonged to a Mesoamerican male whose head was deformed due to the practice of binding which, as her notes tell us, is still carried out in some regions of the world for cultural and religious reasons. Through a combination of video, illustration and 3D display, Johnson takes us on a journey into ancient history and gives us an insight into this strange practice. 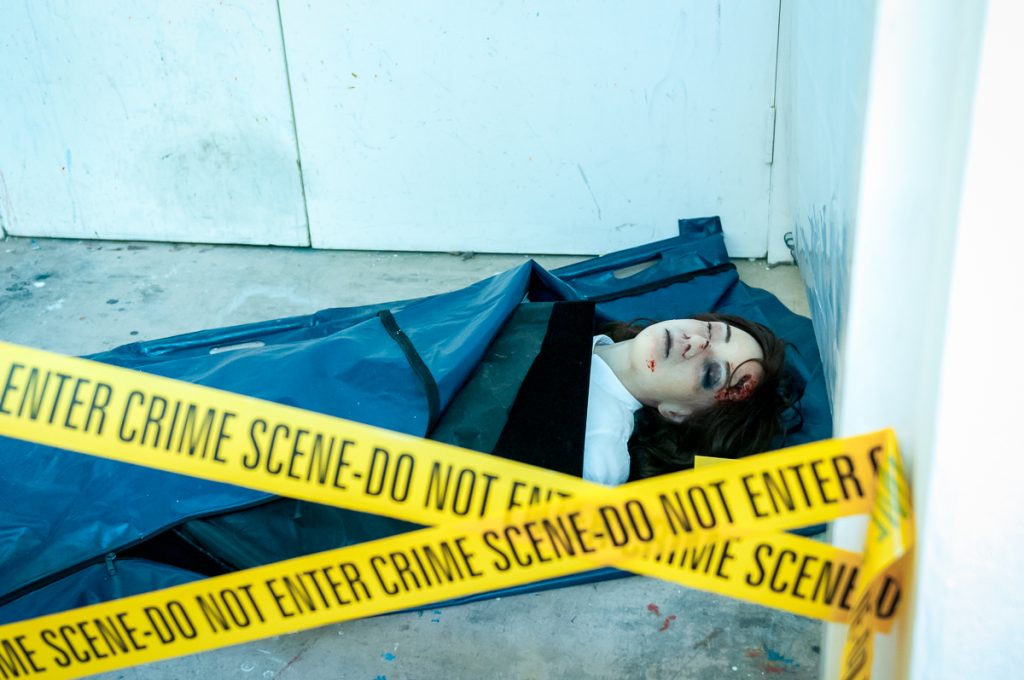 Mhairi Tavendale’s Drawing the Dead is a gruesomely realistic exhibit showing how the application of anatomical sculpture is used to establish someone’s identity post mortem. We are led round the corner to a crime scene complete with police tape, and the ‘body’ of a young female murder victim. This project was based on a true case where forensic art was used to create an artist’s impression, which was then released to the public to help solve the crime.

All of these artists are world leaders in forensics and facial reconstruction. Without their valuable skills, a huge amount of scientific knowledge would be lost. Dundee can be very proud of them.