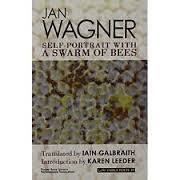 In his introduction to this collection, Iain Galbraith notes that “a poem, we might hazard, is a highly sophisticated instrument for the measurement of, and ingress to, the real in all its dimensions.”  This maxim exudes aptness, especially when applied to the wonderful variety of poems he has translated from the German language of the humorously engaging and bitingly perceptive pen of Jan Wagner – also an award-winning poet and poetry translator like Galbraith – who won the 2014 Stephen Spender prize for poetry in translation for “Quince Jelly”, contained herein.

Here are sonnets, sestinas, syllabics and haikus, amongst others – surely a challenging mix for even the seasoned translator.  Clearly, seven syllables in one language will not automatically equate to seven syllables in another.  As the highly respected translation editor at Arc, Jean Boase-Beier says in her Series Editor’s Note, “the translation of poetry is a creative act, and translated poetry stands or falls on the strength of the poet-translator’s art.”

The variety of subject matter in these poems is wide, and is drawn from popular culture to historical scientific research, from French cuisine to historical legends of Greece, but the natural world is ever-present.  The titular poem, “Self-portrait with a swarm of bees” links back to another poem in the collection, which alludes to the story (from Cypriot history) of Onesilos,  whose head was impaled on the city gate, where bees built a hive in his skull; Galbraith includes a fascinating explanation of the translation of the German “Bienenstaat” in his introduction.

In the prize-winning “Quince Jelly”, the translator-poet’s skill is in evidence in every line, and the end result is a beautiful piece of work which sings with sensuality and tilts with nostalgia.  In the original, the quinces hung among the “Astwerk”, literally “branchwork”, but the word which Galbraith chooses is “leaves”, which clearly works better with the meter and the feel of the line itself.

And later, we read, “veiled by clouds of steam from the blender, poured in sugar, heat and effort to something that – raw – made our palates baulk.”These latter five words are translated from “das sich roh dem Mund versagte”, literally, “that raw the mouth refused”.  I wonder how long it took Galbraith to hone those words?  Exactly like a poet starting with a blank page, I would imagine, the final decisions as to what remains or is taken out are legion, and ever in flux until the final poem emerges.

In “Bindweed”, vivid and unexpected imagery and ideas abound.  Again, Galbraith has an interesting explanation of how the decision to use Bindweed for the German original “Giersch” was arrived at, which literally translated is Ground Elder, and the scourge of many a gardener! It is clear that the poem would not work at all if he had stuck strictly to the horticultural etymology of the German, and herein once more, the translator-poet’s skill is apparent.

Without paying any more attention to the German original, it is a superb piece of poetry in its translated form –

like an ancient crime, an unpaid debt,
it returns to haunt a scene. by cover
of darkness, beneath the fields or a lawn,
it sends out feelers, fires a riot,

rises glorious in green.  behind the barn,
convolved in cypress or bean, the unkind
climber spirals; a seething, creeping spume.

There is so much for the reader to enjoy here, and poetic immersion may just take over an afternoon, or a whole day.  Self-portrait with a swarm of bees works on so many different levels – the natural world of flora and fauna dominates, but it has rarely felt more human.