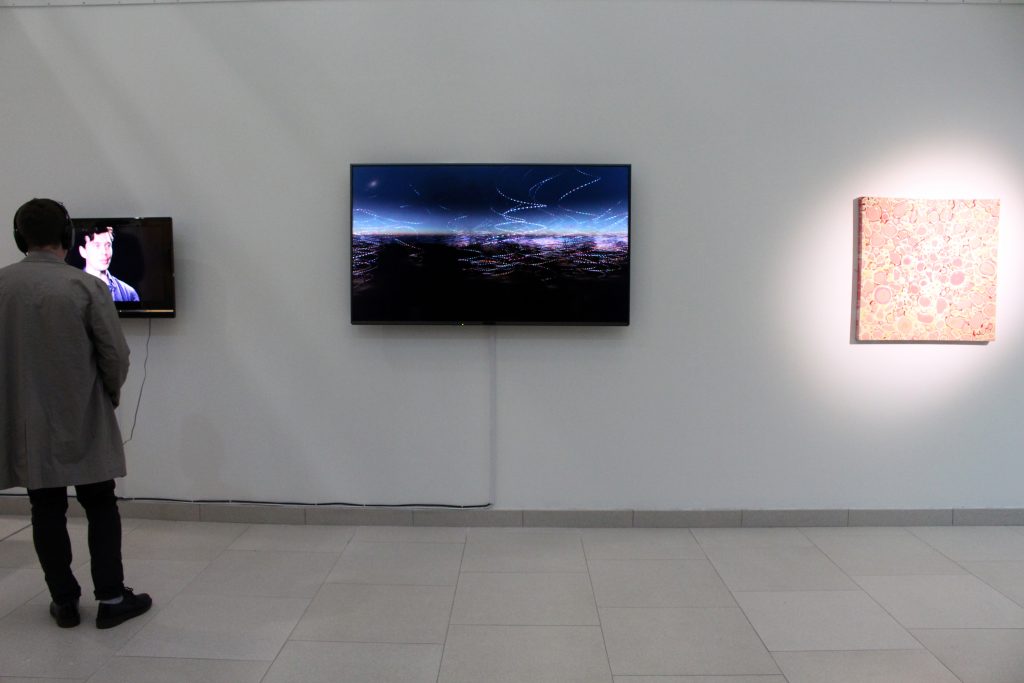 Artists and scientists join forces in an exciting exhibition of six animations exploring the science of genetics, cell biology, immunology and epidemiology. Do not worry if those words go over your head; the exhibition is highly engaging to the lay viewer and is likely to leave you with the sense of having learnt something, with no lecture theatre in sight.

Before the start of the project, the artists were invited to rummage through the University’s museum and pull out artefacts they felt related to their work. The assortment of items fill the gallery and create a museum like setting that viewers step into as soon as they enter. Shelves to the right display an array of scientific equipment; rows of microscopes old and new. On the adjacent wall are instructions not to touch – a shame, as microscopes are intended to be peered through. Scientific posters, paintings and drawings are displayed around the walls, leaving an enticing trail for visitors to follow and drawing them further into the space. 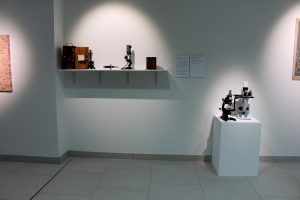 Two large display cabinets occupy the centre of the gallery – in one, a curious contraption is found that was built in order for scientists to investigate the inner workings of the eye. Be careful not to miss the little doodle of “counting sleep” in another cabinet. The playful drawing represents the practice used for falling asleep by counting sheep.

There is no doubt that the star attraction is the real-time animation AfterGlow, created by artists Vicky Isley and Paul Smith in collaboration with biologist Dr. Paddy Brock. Displayed on a large screen, this swirling animation is never the same twice and will be shown for the full duration of the exhibition. AfterGlow presents florescent coils that flow in twisting trails, illuminating the surrounding dark landscape. Representing the flight paths of malaria infected mosquitos, this work visualises the research into Plasmodium knowlesi, a malaria parasite, recognised as a threat to humans; the lights swarm around the landscape in search of their next victim. The overall visuals conjure up connotations of a raging storm, and the soundtrack of crashes and the occasional flashes of light only emphasise this impression. Perhaps this is a metaphor for the battle that rages as scientists continue to seek ways of eradicating the threat of malaria.

Loop is in many ways a contrast to AfterGlow. This animation is created from explanatory drawings created by the scientists. These colourful, pencil doodles have a DIY quality to them when compared to the solid 3D graphics of AfterGlow. The images flicker and stutter around the screen in what resembles traditional hand drawn animation. The video is very playful and the watercolour graphics successfully compliment the cheery, and sometimes humorous, voice-overs of the Lab members who describe the process of septin assembly in cells. 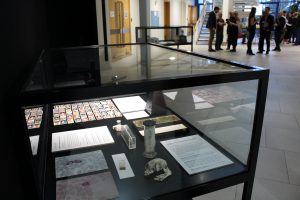 Battle of Blister is a fast paced animation incorporating body movements of performers who interpret the actions of the body’s immune system in response to inflammation. The silhouettes of the dancers are layered up and animated, resulting in boldly coloured patterns. As the action unfolds, voice-overs help narrate the scene as each voice gives character to the body’s different responses. The constantly moving graphics and surreal colours create a hypnotic experience that helps to generate a sense of haste as the battle escalates.

The animations will be shown in isolation, projected onto a large screen. The first, The Signal and The Noise, will be shown for eleven days starting 30th September, and the rest will follow. This is a constantly evolving exhibition. Silent Signal blurs the lines between learning and being entertained. It is a science lesson like no other. What it does well is provide an easy access point for those who are unfamiliar with the science, animated images leading the viewer through in a very engaging way.