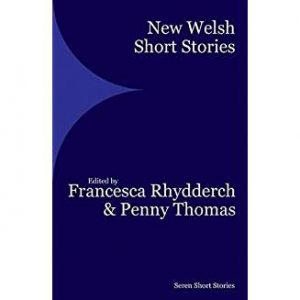 Imagine waking up one morning to find a bask of crocodiles and their very unapologetic owner have moved in next door! Half allegorical, half magical realism, Kate Hamer’s mesmerizing “Crocodile Hearts” will even have you examining your own place within a community. This idea of how an outsider can threaten a quiet suburban existence is just one of the many explored in New Welsh Short Stories. With topics ranging from the aforementioned crocodiles, to a teenager longing for a bikini, to the palpable process of grief, it is difficult to find one unifying element in this collection. Although the title of the book seems to emphasize the national identity that binds the writers (all nineteen of them either born or living in Wales), the editors of the text are quick to clarify that they did not explicitly search for writers whose work was intrinsically Welsh. On the contrary, it seems that the main prerogative of the editors in this process was to choose writers that they admired or in their own words work that they “love”. This selection process succeeds in lending the collection an air of the of love that went in to putting it together. If I were to venture a connection between these stories, it would be found in the celebration of life that it offers, focusing not on what it is to be Welsh but rather – through its varied and intricate perspectives – on what it is to be human. Each story in this collection offers a different snapshot of life, and, together seems to create a mosaic of existence with enormous delicacy.

What this collection achieves as a unit is to showcase the highly-varied writing within it by the association of one text to another. While each story offers a strong individual voice, all together this collection forms a choir. Consider for instance Stevie Davies’ “Ground Nester” in which the appearance of a rare bird is examined against the backdrop of family turmoil – the quietly hopeful tone which permeates the text is complemented by the story that follows. In Joao Morais’ “Yes Kung Fu”, a difficult moment of a man’s life is explored with such wit and comedy that, despite the hard subject matter, the reader is left smiling when the story comes to a close.

In Carys Davies’ “Mr. Phillip”, the narrative revolves around the image of shoes, and this motif is explored as both as symbol of loss and of life. As the reader considers the way in which shoes are the thing between us and the ground, literally grounding us, this story also asks you to consider how they can act as a way of holding on to what is lost. “He’d always been interested in shoes and very fastidious about his own – for as long as I could remember his London shoes had been for going up to London; his Bromley High Street shoes for going to Bromley High Street; his Chatterton Road shoes for crossing Norman Park to the shops on Chatterton Road; his Upstairs shoes for upstairs; his Downstairs shoes for downstairs.” The tenderness with which Davies approaches the matter of grief resonates in her story, the ending of which manages to create an immense amount of hope and joy out of sadness.

While loss and what comes after seems to be a prominent theme in some of these short stories, this collection also meditates on questions of family, age, love and isolation. Through this, the reader is faced with a kaleidoscopic view of the intricate and at times disarmingly honest array of human experiences and emotions found within this one collection.