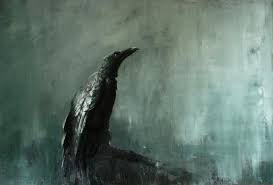 Ulsterman Jon Plunkett is both a poet and the impetus behind Perthshire’s Corbenic Poetry Path, an inspiring stroll through beautiful moorland and forest to the accompaniment of wayside poetry and poetic fragments carved into wood, stone and glass. His first full collection takes something of the wind-blown spirit of Corbenic, but adds the warmth and geniality of a poet at home in his environment.

‘Having Learned How To Dig’ is steeped in the same earthy imagery as Seamus Heaney’s ‘Digging’, aligning the pen with the spade in its observation that

It’s hard to be patient
when you have learned

how it feels to slice
the spade in deep, to shift
angle and weight and feel the strain
as you cut deeper[.]

The hard and hardening life of the remote farmer and moor-dweller is again evident in the visceral ‘In The Blackhouse’, where Plunkett describes the slaughtering of a cow for winter food in vivid and uncompromising language,

the sledgehammer is raised
And drops. And she drops
with her skull split.

A sip of peat-reek to help
the first of her down.

Almost as brutal is Plunkett’s description of the dismembering of a cabbage in ‘When Cutting the Heart from a Cabbage’. In the same shocking way as the cow was sacrificed to fulfil the needs of family life, the reader is instructed

Don’t just haul it out,
dangling roots
and bleeding soil.
Instead, take a knife,
sharp as truth.

The poet is equally unflinching in his human observations, discussing in ‘Playing Tennis at His Wake’ the nature of posthumous recollection in the spirit of forbearance often extended to the departed, yet tinged with realism:

Virtue adds some spin
and shots curve away
in the halcyon light.
Usually there is a net
of reality, a taut mesh
of how it really was.

In ‘Talking about Scottish Independence with a Neighbour’ he examines how easy it is to find and nurture division, a concept that would be close to the surface for anyone with a Belfast upbringing. In discussing the value of a national flag, he recounts how the neighbour declares

To Queen and country, he says.
I have no queen, I say.

At the poem’s conclusion, the two protagonists share a dram, and divisions between them are seen to crumble a little, revealing the poem’s subtext as political and social rather than merely personal. This theme is further examined in the poem ‘The Trouble with Trouble’, in which the poet recalls a childhood friendship and identifies the moment where two people chose different forks in the same path, one leading to violence and terror, the other to the gentle hills and communities of Perthshire. Plunkett simply but deftly laments the time

Before he grew
a skin of spikes

and could see
no difference
between a fist
or a gentle hand.

Many of Plunkett’s poems deal with aspects of belief – in one’s identity, in the certainty of nature’s resilience, and in faith itself, particularly in the cynical overtones of the poem ‘On the God We Are Taught’ and the study of hypocrisy in ‘Sermon’. Stylistically, they are often spare and stark, an approach that can sometimes hamper a writer’s attempt to tackle larger themes. Evident, though, is a wisdom and recognition of wider truths, pointing to a writer with a strong sense of the complexities of life which the natural world does not easily reveal.

These are poems with dirt under their fingernails, brought to life with a stonemason’s strength, facility with delicate things and attention to small details. They are an assured first step in reconciling the poet’s upbringing and youthful experience with his current environment, and contemplate, as all good poems should, the universal in the ephemeral. I look forward to seeing more from the poet in time.