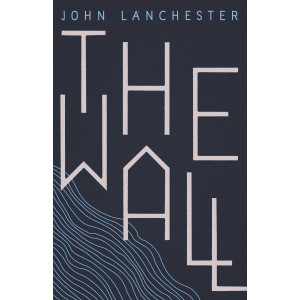 Art imitates life, they say, and it’s impossible to read John Lanchester’s latest novel, The Wall, without making comparisons to current political situations. Such a trifecta for a dystopian novel – a wall, migrants, climate change – seems almost too predictable, and Lanchester uses it with mixed success.

The novel  shows a future where ‘The Change’ has happened. Coastal flooding has occurred worldwide, and in Britain a defensive wall has been built around the coast. However, the wall seems a bigger defence against ‘The Others’: desperate people from other continents who, like the sea, threaten to flood in. In this world, every young person is required to do  National Service as a Defender, protecting the wall from ‘The Others’, and that’s where we meet Kavanagh, Lanchester’s  young protagonist, as he starts his first shift ‘on the wall’.

Sits uncomfortably between the dystopian works of Margaret Atwood or George Orwell and those of action genre writers such as Lee Childs or Dan Brown, the novel seems to be a book of two halves. The first half is a clever idea executed thoughtfully. We’re introduced to the tedium and occasional terror of Kavanagh’s life  ‘on the wall’:

The only things that can happen are bad things. So you want nothing to happen. Except it’s more complicated than that. Somewhere in the dark cave mind there’s a gremlin, saying, but wouldn’t it be interesting if something did happen, if they came, if you had to fight for your life, if you had to do that thing you dread and train for, have nightmares about…

We are shown, too, the tension between a world that is different after ‘The Change’ – there are no beaches anywhere, ‘breeding’ has to be incentivised,’The Others’ who are caught become ‘Help’, or slaves –  and yet still similar: a night out at the pub, a holiday camping in the Lake District. The moments reflecting current reality are effectively unsettling, transforming it from a fantasy to a possible version of our own future  (interesting as Lanchester frequently writes non-fiction). Life after ‘The Change’  though, seems more drab than dire, except, ironically, for those on the wall.

The second half of the book sees a  major change in Kavanagh’s situation and the story abruptly changes tack, becoming a typical Boy’s Own adventure, gone through at speed without dwelling on much.  It could provide an effective contrast to the slow pace of life on the wall, yet it doesn’t. It feels  rushed and  incomplete, as if the author had a good idea but then wasn’t sure where to take it.

The prose throughout is coldly descriptive, its starkness indicating pragmatic acceptance of whatever life brings. None of the characters are well rounded, possibly to make the story about events rather than people. However, such two-dimensional characters  make it difficult to care about them. Relationships are lightly sketched, including the love story – in a tell-don’t-show way, Kavanagh says, ‘I realised I loved her’, as though the reader might not realise.

Who is the audience for The Wall? The novel’s sparse, simple language can sometimes seem adolescent:

There would be these moments when Hifa’s mum went off on one. The rest of the time she was OK, and she could be very funny, especially about the neighbours. Also, as always, it was good to be away from the wall, and especially to be with Haifa.

There is a frequent railing against ‘the adults’, too, and the whole effect reminds me of several books aimed at a young adult audience. But perhaps I’m trying to place myself outside Lanchester’s intended audience to justify not engaging with the book. My feeling is I would have preferred the author to stay with, expand and engage deeply with  the  ideas in the first part. That might have made the book less action-packed but would have been a more fulfilling take on interesting concepts.