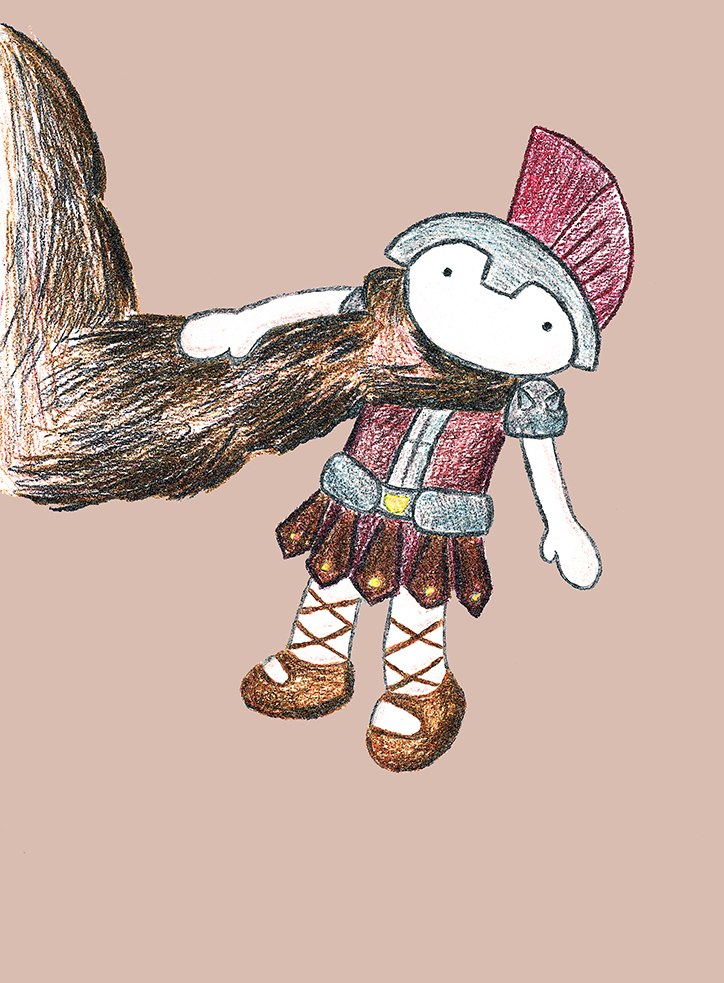 It’s unsettling―Emmanuel Frémiet’s Gorilla Defeating a Gladiator. That’s what the card on the wall will tell you, but you don’t need to be told. In this gloomy corner you’re face-to-face with a fiend — his snarl visible at a distance. As you approach, attracted paradoxically by the figure’s repulsiveness, you see that he’s even worse than you thought: coiled around his brawny hand is the once-flowing hair of an erstwhile hero. In any other depiction, this gladiator’s body would stand triumphant, his limbs arranged just so, in a pose calculated to underline his sinewy perfection. Here, it is twisted grotesquely on the ground, determined not by classical canon but by bestial rage, his corpse is a plaything for the gorilla — a rag doll easily won in a life-or-death carnival game.

This sculpture plays with me. I come to it with unacknowledged expectations of a scene like this, conditioned by every encounter I’ve had with a moment of frozen victory, not least the dozens I’ve passed on our way to this one. I expect good over evil, David over Goliath, man over beast. Canonical images like these tell me a story, don’t they? Isn’t each one an exemplum: a case when things turn out the way we’d like? A model, in clay or bronze or marble, of the world as it should be?

Fremiet’s ape is perverse. He is off-putting in his near-resemblance of man. The face, the arms, the drapery are undeniably wrong, but they invite identification all the same. He draws me in and pushes me away again. Instead of human perfection captured forever in stone, asserting the permanence of natural truth, here is an image just as solid, just as permanent of frailty. If art and culture manifest our ostentatious efforts to assert our ability to triumph over an indifferent or hostile natural environment, this sculpture represents culture gone rogue—humanity’s means of reassuring itself pressed into service against it, and for nature.