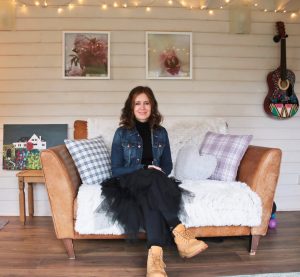 I loved to watch my mother smoke. She looked like Lauren Bacall as she lifted the lighter to the cigarette that perched on her parted lips, then she’d flick the gas spark, a perfect flame igniting the crisp white tobacco paper. As she drew a long deep inhale her cheeks became concave with the power of the suck. She would tilt her head back ever so slightly, then at the point when she could suck no more air into her mouth, she would release the cigarette, making a soft popping noise with her lips as she lifted it from her face in an upward arcing motion. With an open mouth she breathed in the accumulated smoke, laconically, deeply, right down into her torso. I would imagine the smoke swirling, descending, filling the entire cavity of her chest, she would hold it there and seal her lips. With every drag she gave the smoke time to sit in the nooks and crannies of her lungs and when she could hold it no longer her jaw would lower, her lips shaping into a perfect ‘O’ around her mouth, her cheeks sunken and her chin slung low. With a jolt of her jaw she would expel a perfect ring of blue smoke. We would watch it ascend into the air above her, keeping its roundness, floating up like a rising spirit. When the ring reached its heights it hung for a few moments and then slowly began to shift shape, distorting into skewed spherical forms, falling back down into the stale room to merge with the rest of the diffused smoke on the couch and carpet. She would repeat this transfixing smoke dance several times, puffing out little blue circles that waltzed through the air in our living room.

Her defined jaw, the purse of her lips, the tilt of her chin…  mistress of the blue rings.

As the air became denser towards nightfall her face would soften out of focus. Her usually sharp features became vague, she had heavy eyes and sleepy brow, soft lips, the silhouette of a Hollywood icon. But like a Hollywood icon she was out of my reach, untouchable, I only held her in my head. We never spoke in the evenings. We watched TV, getting dizzier and dizzier as the smoke spun us into a drowsy stupor.

The entrance to our tenement was a wide-stretched mouth past which only darkness was visible. Looking on from the street, what lurked beyond the opening was impossible to make out. The concrete walls of the corridor and stairwell were two-tone: the top half bare concrete, the bottom half painted with a glossy high alert red. In the darkness of the hallway where the dim fluorescent strip lights flickered, the red resembled the deep crimson of spilled blood. Over time the paint began to peel away in chunks like congealed scabs curling over dried up wounds. The close was usually empty but the vivid red seemed to spread taking up the whole space. Once there was a long smear of faeces along the wall leading up to the first-floor landing. It dried and faded over time until one day it vanished completely. We never did find out who had smeared it there or if the faeces had come from dog or human.

The thrumming buzz of the strip lights hurt the head, offering no invite to loiter and little relief for eyes straining to see ahead. Leaving the bright of day to enter the shadows of the twisting tenement close brought waves of fear. Each landing at the top of each flight brought a new corner to turn. The windows were useless. Thick frosted glass layered with black dust and grime, obscured by a wire grid overlay. They might as well have been walls.

Even on a scorching summer day the tenement close was dead cold, the deep stone of the stairwell never heated by sun or man.  Stepping in from the outside caused an immediate pimpling of skin. Passing through was always done in haste, feet scurrying to a door of safety. Each flat was a mystery, the residents inside hermits, always in a hurry to slam the door behind them.

Returning home, I would hold my breath as I stepped from the path into the close, only breathing again once I reached the threshold of our flat. The heat in my chest would counter the goose bumps forming on my bare legs. In those moments, passing through the stairwell, I wished to be invisible. We lived on the second floor and I had four sets of stairs to run up, key at the ready. By the time I reached our door my legs would be shaking, stomach twisted and I never inserted the key into the slot first time.

Sometimes tense voices would drift through the air vents but remain indecipherable despite my best efforts at straining to hear. In the corner of the bedroom I would lie flat on the floor, my small head pressed hard against the cold metal cover of the airway. The vents brought a cold shallow breath to such worried nights. Wide-eyed, I would wait in the dark for even just one clear word. Often I wished their quarrels could find their way in perfect clarity so I could be privy to these forebodings and have my fears allayed, or confirmed.

Get back to bed, my brother would sneer. He was usually eager to escape into sleep. And when we would wake the next morning, things would seem different in the light of day; less apocalyptic. But in the night when the voices came, I always remained alert.

The light that shone through our bedroom window from the streetlamp outside would unnerve me. I used to think it was better to be in complete darkness, easier to be unseen. But I was always too afraid to go near the window to close the curtains, always scared in case one of the big black moths that frequented our room started flapping against the pane. Instead I would choose to stay low, shrinking back into myself, back into the floorboards, back into the vents.

The voices would build like rumbling thunder, the stormy tones exaggerating their way through to our bedroom. His accusing, hers pleading. I would make haste for the bed and hide motionless under the duvet. My brother wouldn’t even twitch, eyes clamped shut. We would lie hoping the front door would slam shut as my dad left. But sometimes it wasn’t the front door we heard.

Sometimes light from the hall would shatter the safety of darkness as the bedroom door burst open, trembling on its hinges. Once, two distressed silhouettes wrestled their way into the centre of the room. We could almost feel the heat from our father’s broiled face and the rage in his voice expanding the room. Our mother cowered and begged as he bullied his way into her space. She collapsed onto my brother’s bed and he lay there, frozen stiff. Moments like that seemed to last an eternity. Or maybe it was just a few seconds.

As our father raised his thick arm high, our mother’s childlike limbs curled over her face. His fat fist hammered down with conviction. It was hard not to look. I always wanted to see what her face was saying. My brother used to cry whenever my mother called out his name. What did she expect him to do?

When he’d made his point, our father rose triumphant and loomed over her whimpering body. Job done. Breathing rapidly, he turned and left and the front door finally slammed shut. Our mother tentatively stood up and slowly made for the light of the hall. Go back to sleep, she said, like she always did. My brother would never make any sound to break the silence that followed. He didn’t make many sounds at all.

I remember lying awake for hours after their arguments, heart racing. I would wonder where he went and if he was coming back. I still wonder why she never called out my name.

Once there lay a discarded mattress, dumped in the back court beside the bin recess. It served as a makeshift trampoline for children who crept out to play. Brown and yellow stains had spread unevenly from the centre to the edges, a mild scent of fish and mildew hung in the surrounding air. The mattress had enough springs intact to provide a little bounce for pent up kids; a change from kicking a ball from kerb to kerb or playing in the wasteland behind the nearby high-rise blocks where stray dogs scavenged. It was unusual to see kids outside except for in the height of summer when the combination of heat and the smoke inside would drive them out for air.

It had rained heavily. A deluge of water had saturated the mattress’s fabric and stuffing, weighing it down, flattening its potential. The rainfall had spilled down over the tenements changing the shade of the roughcast façade from light to dark grey, the creeping wetness not quite reaching down to the first two floors. Dull clouds would linger across the sky after a downpour. On days like those it was colder inside than out, damp having seeped through to the bones of the building. Stone stumps that local authority maintenance services had long abandoned were ticketed for demolition once the last tenant had accepted eviction. Each tenement consisted of eight two-bedroomed flats, many of which lay empty, the window panes removed and the cavities boarded up with plywood like pennies on the eyes of the dead.

Each flat had a veranda; an attempt by town planners to gift breathing space to the inhabitants. A gift not many made use of. Some of them, like ours, sat completely empty. Many were crammed with unrecognisable household bits and pieces. Then there were those with piles of bin bags, broken furniture, old washing machines, weathered and worn toys. There were usually one or two well-kept verandas in each street, beautifully maintained with neatly aligned flower pots and veranda doors that gleamed, showing off well-polished glass, putting the dirty windows of neighbours to shame. The word veranda was strangely exotic for a housing scheme.

The tidy verandas belonged to the type of people who left their homes each day. The kind of folk who could be seen standing at bus stops for a ride into town, or sitting outside on a sunny day with their windows open. Most families in the neighbourhood had been born into the damp cold stone and cloudy windows and didn’t really know what to do with their small balcony space. For the majority, their chaotic interior spilled outside for all to see, a showcase of broken bits. Our veranda was void of life. There were no plant pots with flowers. We kept our broken things inside.