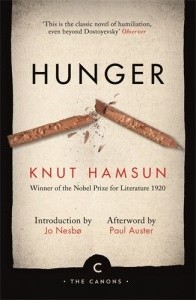 Knut Hamsun (1859 – 1952) was born into poverty in the Norwegian municipality of Lom; his early years were predominantly filled with what have become joyless, and often painful memories. He eventually found refuge in the world of literature, which he did not abandon until his death. His name was established with Hunger (1890), followed END_OF_DOCUMENT_TOKEN_TO_BE_REPLACED