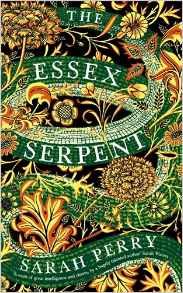 A sleepy Essex village is roused to a simmering hysteria as rumours that a monstrous 17th century winged sea serpent has returned, causing an oppressive pall of paranoia to descend on those who live by the banks of the Blackwater. The local vicar, educated and thoroughly modern, battles the rising superstitions of the villagers, a END_OF_DOCUMENT_TOKEN_TO_BE_REPLACED