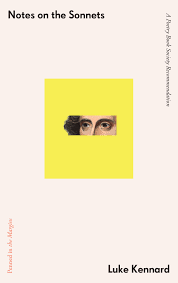 In this most innovative of collections, Notes on the Sonnets, epigraphs taken from the first lines of Shakespeare’s sonnets are conjoined, non-sequentially, with lines of prose poetry. These convey thoughts as digressive, associative and reflexive as any creative prose essay ­– in the Paul Klee sense of ideas being taken for a walk – lines that contain vestiges of the original tropes only recustomised for the 21st Century. 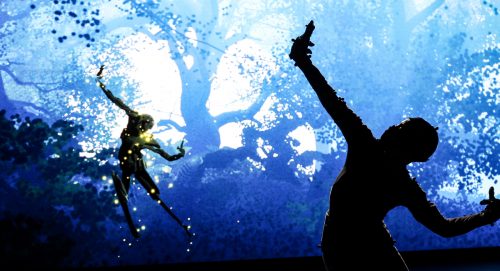 Until Saturday 20 March 2021Royal Shakespeare Company; available to stream live at https://dream.online/ There is no way to overstate the heavy toll continued covid restrictions has taken on the arts industry, especially theatre. Yet, companies and practitioners persevere, experimenting with new ways to deliver remote performances. One such experiment is Dream, a new production from END_OF_DOCUMENT_TOKEN_TO_BE_REPLACED 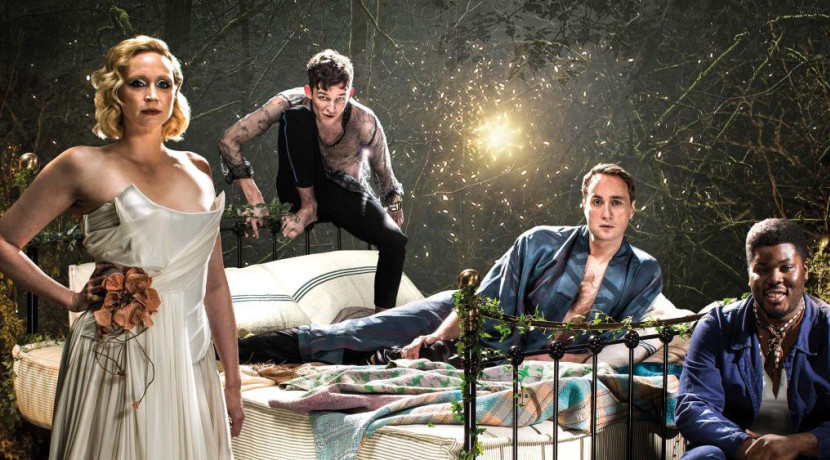 A Midsummer Night’s Dream is one of Shakespeare’s best-known and most-performed plays. Nicholas Hytner’s adaptation is a spirited spectacle (pun intended). We see fairies swinging on silks, beds moving through space, and parts of the stage rise up from the floor and disappear. The staging is as immersive as it is impressive—giant disco balls bob END_OF_DOCUMENT_TOKEN_TO_BE_REPLACED

Josie Rourke’s adaptation of Shakespeare’s last tragedy & his last Roman play is uniquely suited to the sparse setting of the Donmar Warehouse. This small stage is open to the audience on three sides; only 14 chairs, a ladder, and the back wall serves to embody the whole of ancient Rome. Yet what it END_OF_DOCUMENT_TOKEN_TO_BE_REPLACED

As the lockdown continues, the National Theatre is screening another gem from its history, as part of its National Theatre at Home fundraising campaign. This time, the play being shown is Shakespeare’s Antony and Cleopatra, directed by Simon Godwin. With Ralph Fiennes and Sophie Okonedo in the titular roles and in a modernised setting, this END_OF_DOCUMENT_TOKEN_TO_BE_REPLACED 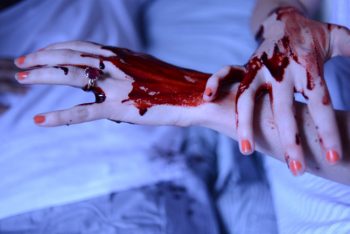 The director of The Macbeths, Dominic Hill, is not new to adapting the famous play. Having directed the play in the past, including an operatic version, Hill now turns his attention to one of its central themes, focusing on its most compelling relationship, that between Macbeth and Lady Macbeth. The Macbeths is a concentrated dose END_OF_DOCUMENT_TOKEN_TO_BE_REPLACED 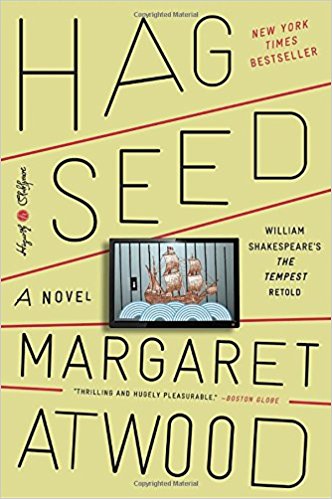 Hag-Seed : The Tempest Retold is part of the Hogarth series of re-workings of Shakespeare by “acclaimed and bestselling novelists of today” (p. 295), and of course there will be readers who cannot think why such a thing is necessary.  But that is a nettle to be grasped another day. In Atwood’s story, actor-director Felix END_OF_DOCUMENT_TOKEN_TO_BE_REPLACED 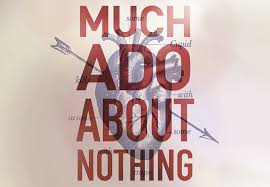 The performance of Much Ado Abut Nothing by the Dundee Rep Ensemble, directed by Irene Macdougall, was fantastic, entertaining and frequently hilarious.  Ken Harrison’s set was a simple yet impressive affair of Mediterranean tiles, ornate lights and transparent walls; the grand, uncluttered setting allowed the performers room to bring this Shakespeare comedy of love, Sicilian END_OF_DOCUMENT_TOKEN_TO_BE_REPLACED

Jeanette Winterson’s latest novel, The Gap of Time, is the first “cover version” in Hogarth Shakespeare’s series where writers including Margaret Atwood, Howard Jacobson and Anne Tyler re-tell Shakespeare’s plays to mark, in 2016, the 400th anniversary of his death. Winterson has The Winter’s Tale and, given its focus on abandonment, adoption and forgiveness, it’s END_OF_DOCUMENT_TOKEN_TO_BE_REPLACED