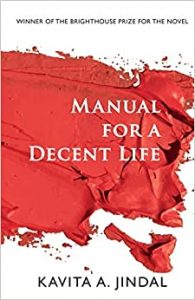 Leave a Reply to Manual For A Decent Life Wins The Eastern Eye Award for Literature - kavita a. jindal Cancel reply