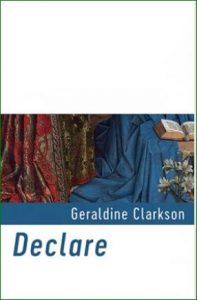 Works of literature allow readers to escape to any location in the world and to any era in history, an idea put to work in Geraldine Clarkson’s latest collection, Declare in which she depicts unfamiliar locations in enthralling ways. Clarkson’s aptitude has already been acknowledged: she has won several poetry awards and most notably has END_OF_DOCUMENT_TOKEN_TO_BE_REPLACED 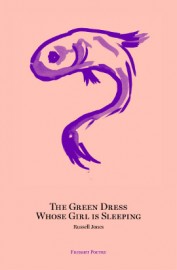 Russell Jones’s collection, The Green Dress Whose Girl is Sleeping is much about the serendipitous little moments in life as it is about the huge losses. His constantly changing style enables this; he moves from haiku to couplets in the same way his poems move from quiet moments outside chip shops to moments of contemplation END_OF_DOCUMENT_TOKEN_TO_BE_REPLACED